MTNA is dedicated to encouraging the creation of new works by American composers and annually assists its affiliated state associations in the generation and performance of new music through the national composers commissioning program. A newly commissioned composition receives its premiere performance at the conference of the state MTA that commissions the work. 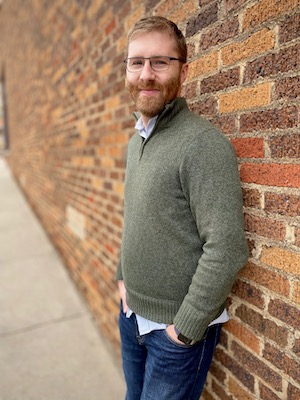 Garrison Gerard (b.1994) is an American composer of electroacoustic and concert music. Characterized by dramatic gestures and moments of arresting luminosity, his music is an exploration through intimate sound worlds. His work builds on multiple traditions spanning from spectralism, modernism, and minimalism as well as reaching back to the classical canon and renaissance music. Growing up in North Georgia, he sang in choir and played violin in orchestra, and the influence of the natural beauty of the area has had a lasting impact on his work.

His music has been presented internationally with performances by groups such as [Mod]ular Ensemble, Fort Worth Symphony, and Nu Atmospheres Ensemble. An ardent collaborator, he has been commissioned by ensembles and soloists such as Andrew Cook, Spencer Byrd, the Avenue C Project, Atelier Piano Quartet, and Amorsima String Trio. In 2020 Gerard served as Artist-in-Residence of Padre Island National Seashore—he recorded sounds across the island and incorporated them in multiple pieces exploring the biomes and environmental impact of society along the coast of Texas.

Gerard’s current interests are turning toward intermedia collaboration and the interaction between nature and music. Recent works have been an exploration in the essence of sounds, they deconstruct constituent timbres and elements before reassembling them in patchworks of interweaving lines. Combining art forms is an area of expanding fascination; he has had the honor to work with multiple artists in the creation of experimental works and performance art pieces—most recently including works with the choreographer Briana Lee exploring the nature of communication and joint improvisation.

In addition to composition, Gerard is a conductor, pianist, trumpeter, improviser, and avid advocate for new music. He is a founding member of the Nu Atmospheres Ensemble and conducts the NOVA New Music Ensemble at the University of North Texas. In 2018 he was the Guest Director for the UNT Percussion Ensemble. A member of the UNT Free Improvisation ensemble, he regularly performs on both trumpet and piano. Working with contemporary composers is a particular focus for him, having conducted the premiere of more than 30 pieces by living composers.